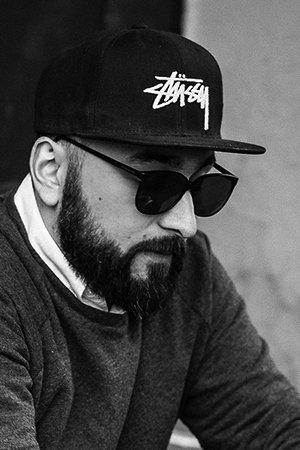 Kamil Ertürk, born 1980 in Bielefeld, Germany early discovered his passion for writing. However, it was in the early 90s when creating Graffiti writings intensified his desire for the anatomy and abstraction of letters. This interest has accompanied him through his Architectural- and Interior Design Studies at the “Detmolder School for architecture and interior design”. There he also researched the Scripture and Objects in a three- and four-dimensional space. After his studies, he worked in several international offices and quickly started recognizing the lack of any creative encounters during office operations. Arising from the creative necessity, he therefore decided in the year 2012 to establish the “Kalem Kollektiv”. In an interdisciplinary team, they now research the interface of scripture, objects and art in space.