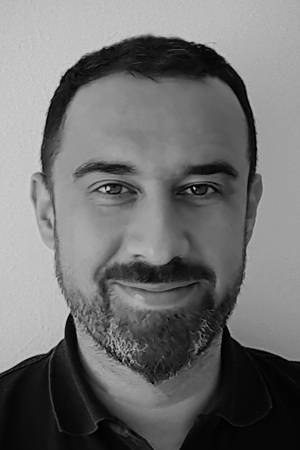 Tolga Girgin was born in Simav, Kütahya in 1981. After completing his first, primary and secondary education in this town, he graduated  from Pamukkale University, Electrical and Electronics Engineering Department in 2003. For leisure, he was interested in drawing since his childhood. In 2014, he has started to share his calligraphy and lettering works which he did in his spare times, via social media. Especially, his three-dimensional anamorphic lettering works had considerable interest and they have been published in many art blogs worldwide. In this period, he met calligraphy artist and teacher Erhan OLCAY. Through him, he was interested in classical calligraphy and latin makıl’i script and also began to work these styles. In 2015, he met the famous arabic and latin calligraphy artist Savaş Çevik and he increased his convenances and knowledge by his advices. He is continuing his calligraphy and lettering life with his engineering career in Eskişehir, Turkey.