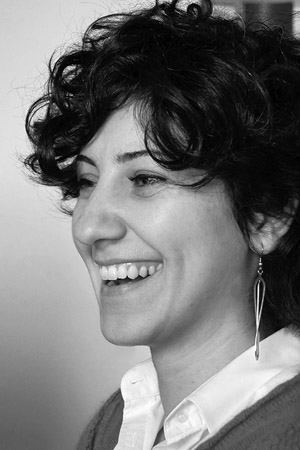 She was born in Samsun in 1982. She graduated from METU Faculty of Architecture Department of Architecture in 2006. She worked as an architect at different design companies. In 2011, she started her own architectural design office with her two friends.

Her interest in art brought love to calligraphy. She took basic and advanced level calligraphy courses from Erhan Olcay in Küçükçekmece Geleneksel Sanatlar Akademisi. In 2016 she received advanced italic certificate from Calligraphy and Lettering Arts Society (CLAS). She attended many workshops of foreign calligraphers like Denis Brown and Ewan Clayton.  She participated many group exhibitions.

Since 2016, as a member of the Kaligrafist which is founded by Erhan Olcay, she takes an active part in international calligraphy organizations in İstanbul. She currently works as Communications Coordinator of Kaligrafist Team. She teaches workshops on Presentation Techniques with Architectural Hand Writing.